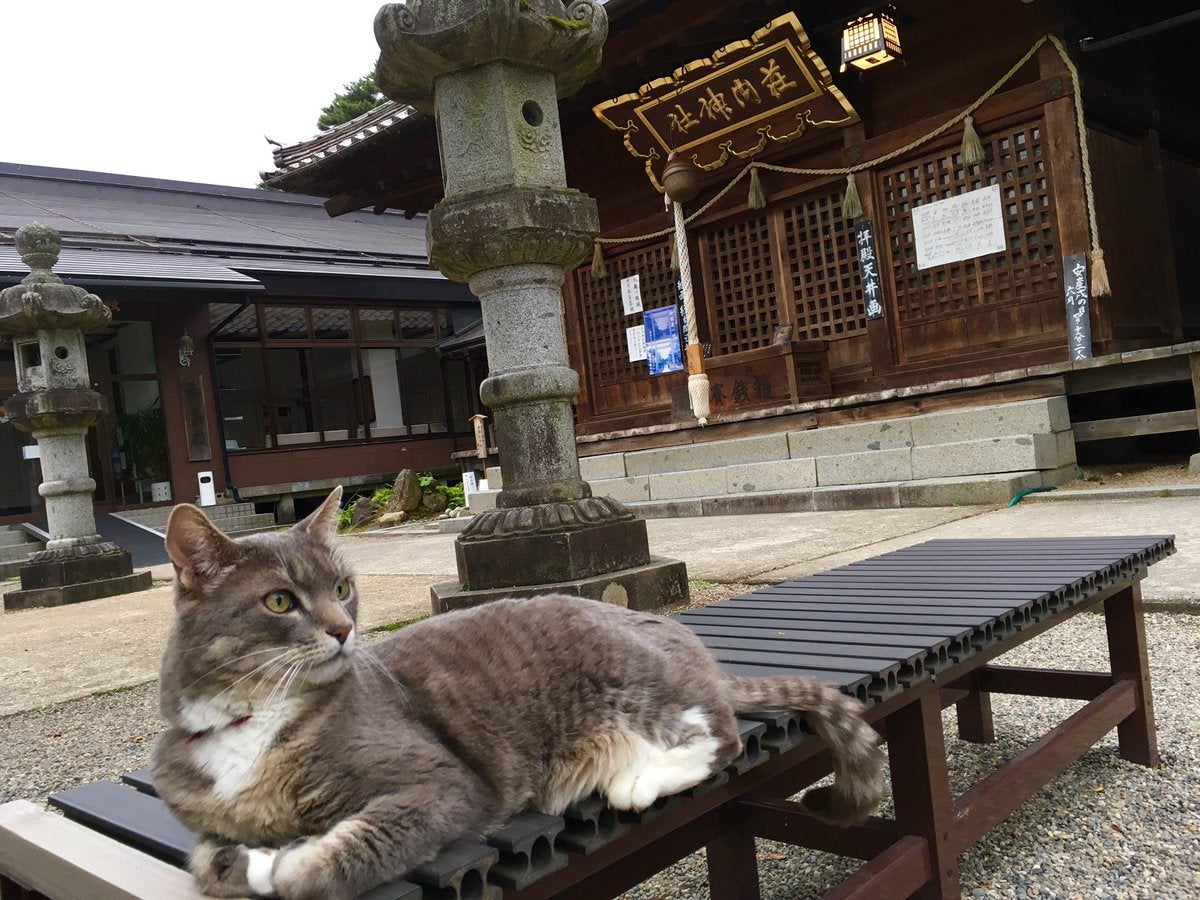 A cat living in a Japanese shrine found the best spot to take a nap in the middle of a zen rock garden and decided to seize the moment.

According to the person taking care of the cat, the animal had been out doing its daily morning routine of walking around the shrine premises. 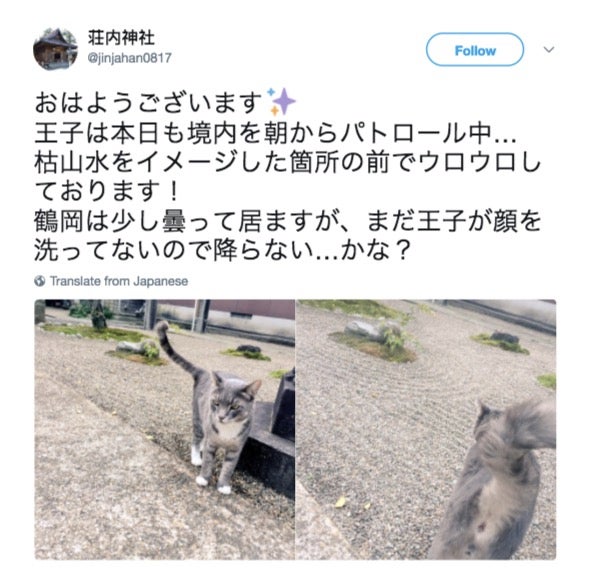 When it came to the well-maintained rock garden, the cat started walking towards its center. Then it suddenly lied down as if it was the most natural thing to do. 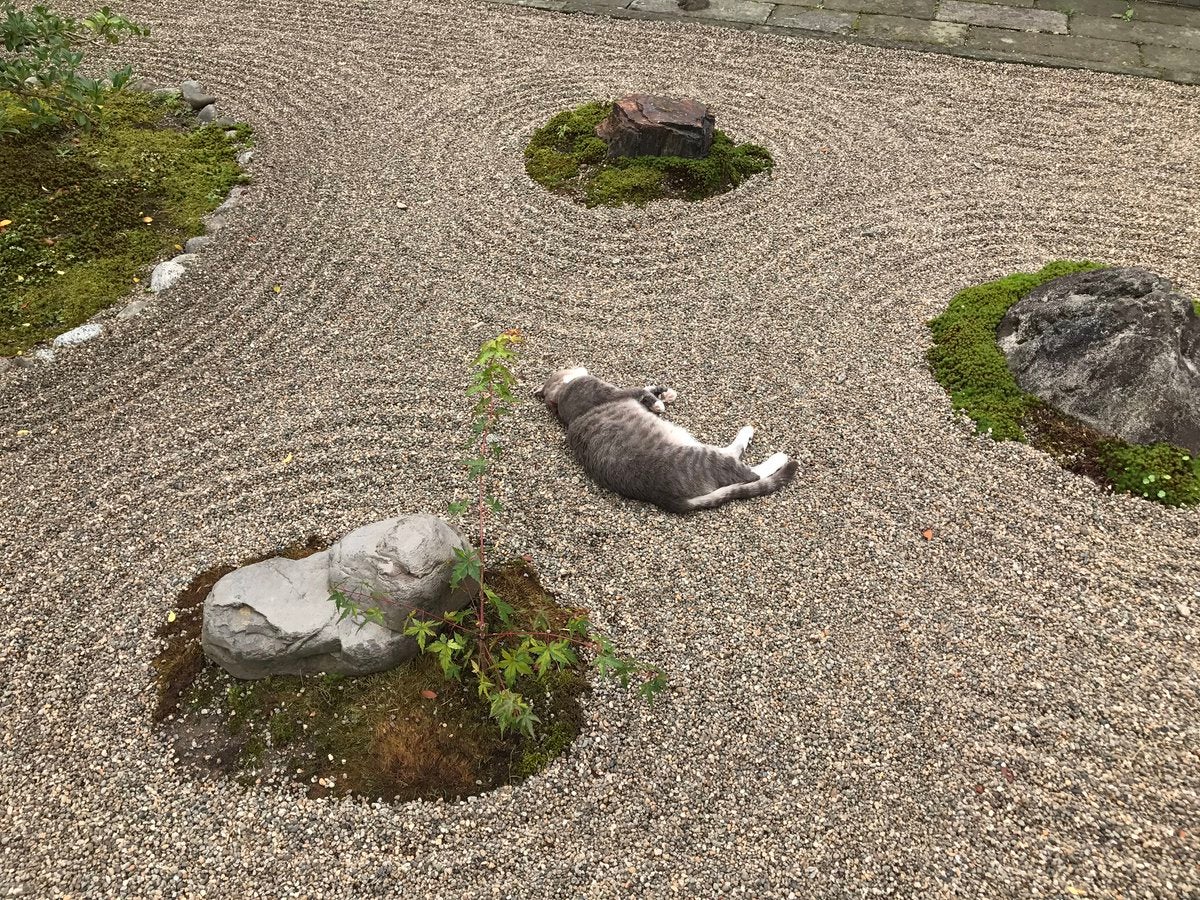 A netizen noted that a new rock island had emerged.

“The number of islands increased by one. A “Cat Island.” Image: Twitter/@jinjahan0817 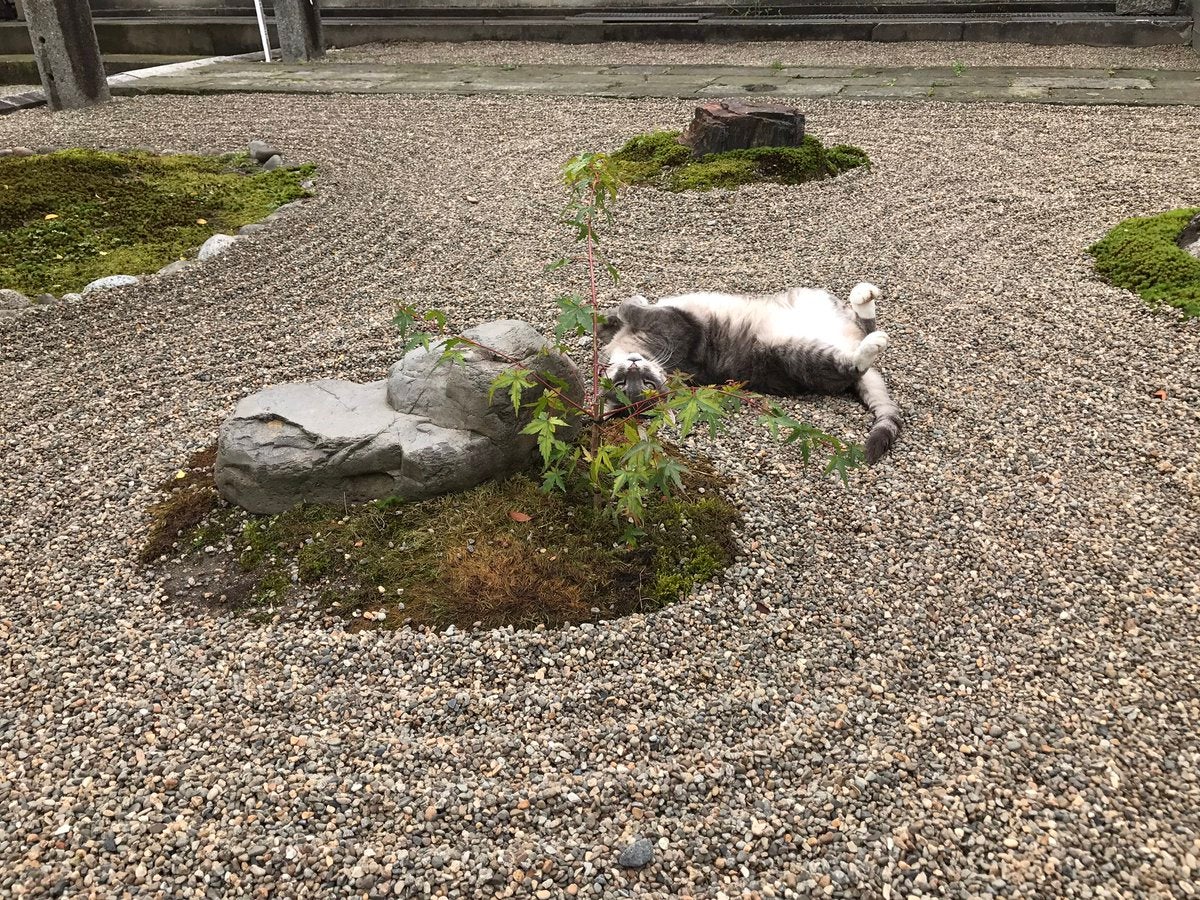 This zen cat currently resides in the Shonai Shrine within the Yamagata Prefecture. Curiously, there were no paw prints made on the ground. JB