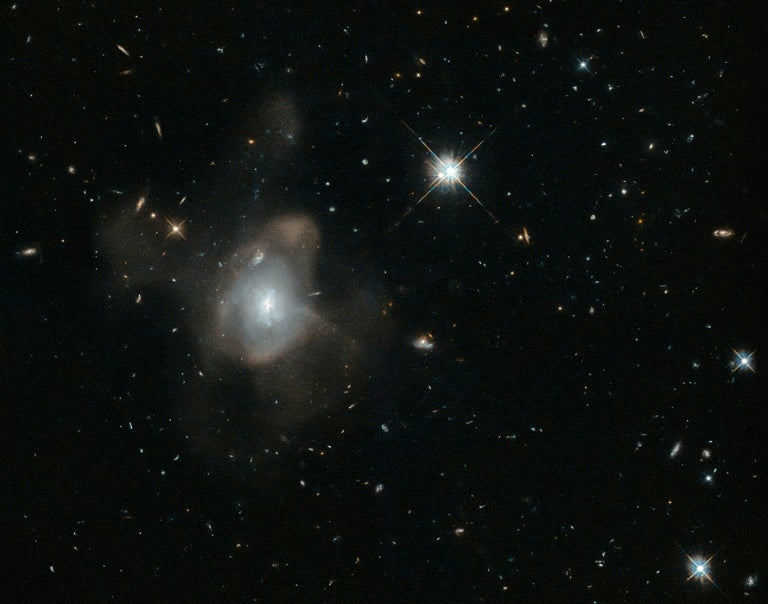 Likely made up of unknown sub-atomic material, dark matter is invisible to telescopes and can be perceived only through its gravitational pull on other objects in the universe. Image: NASA/ESA/HubbleAFP

Scientists have detected cosmic ray energy readings that could bring them closer to proving the existence of dark matter, a mysterious substance believed to comprise a quarter of our universe, a study revealed on Thursday.

Likely made up of unknown sub-atomic material, dark matter is invisible to telescopes and can be perceived only through its gravitational pull on other objects in the universe.

The team of researchers from China, Switzerland and Italy, who published their first results in the journal Nature, said the data may cast light on “the annihilation or decay of particle dark matter”.

“This new unseen phenomena can bring breakthroughs,” Bai Chunli, president of the Chinese Academy of Sciences, said at a briefing.

“After collecting more data, if we can identify it is dark matter for sure then that is very significant. And if not, it is even more significant because they would be fresh new particles that no one had predicted before,” Bai added, to applause from fellow scientists.

The Dark Matter Particle Explorer (DAMPE) is now collecting more data from space to help researchers figure out what it could be.

DAMPE was launched from the Jiuquan Satellite Launch Centre in the Gobi desert in December 2015, after nearly 20 years in development.

Its designers boast that DAMPE is superior to its US counterpart, the AMS-02 (Alpha Magnetic Spectrometer) that NASA installed on the International Space Station in 2011.

“Proving the existence of dark matter takes a lot of time. Now we have worked out the most precise spectrum, but we are not 100 percent sure that this can lead us to the location of dark matter,” he said.

According to the current state of its instruments, DAMPE is expected to record a total of more than 10 billion cosmic ray events over its useful life of around three more years.

The project is a collaboration of more than 100 scientists, students and technicians in China, Switzerland and Italy and funded by the state-backed Chinese Academy of Sciences.

Beijing invests hundreds of billions of dollars in scientific research each year, under a five-year plan for 2016 to 2020 that seeks to lift the country’s technological research capabilities into the world’s top 15. AB