WATCH: Man’s crotch gets a beating while sliding down subway escalator 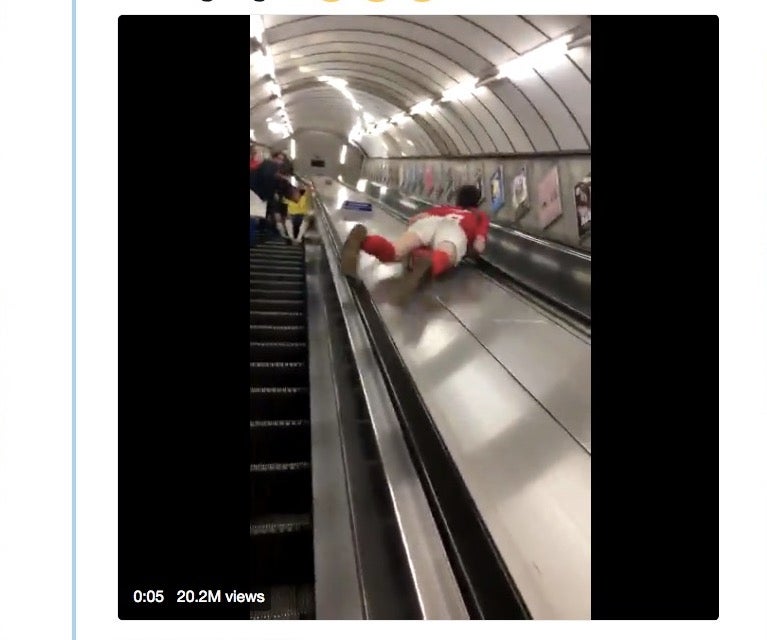 A man who thought of sliding down a London subway escalator had a smashing surprise when he did so — after he hit his crotch on the escalator’s emergency stop button.

Top night last night, but this has to be the highlight 😂😂😂 pic.twitter.com/yMqDvOoVML

A video of the incident had been shared by Twitter user James Gower and has gained over 680,000 likes and 355,000 retweets, as of this writing.

The man was identified as 22-year-old Freddie Andrews. He had been on his way home from the PDC World Darts Championship when Andrews decided to slide down the space between escalators, reported The Sun. 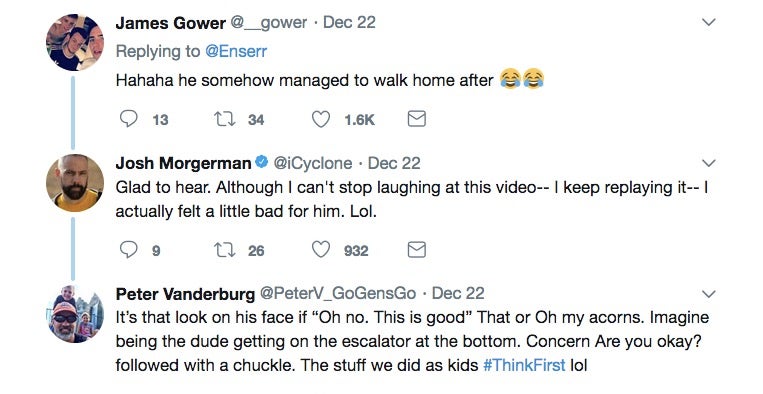 Image: Screengrab of comments from Twitter/@__gower

After getting hit in the genitals, Andrews continued to slide down further, until he yet again hit a metal sign this time, near the bottom of the escalator. This unceremoniously threw him off, all the way to the opposite escalator, near the feet of another commuter.

“At first it was really funny, but then when my friends saw me go head first, they went ‘oh s***,’” Andrews told The Sun.

Andrews added that it seemed like a good idea at the time. The next morning he could barely walk.

He recalled, “I had drunk enough not to feel the pain.” JB