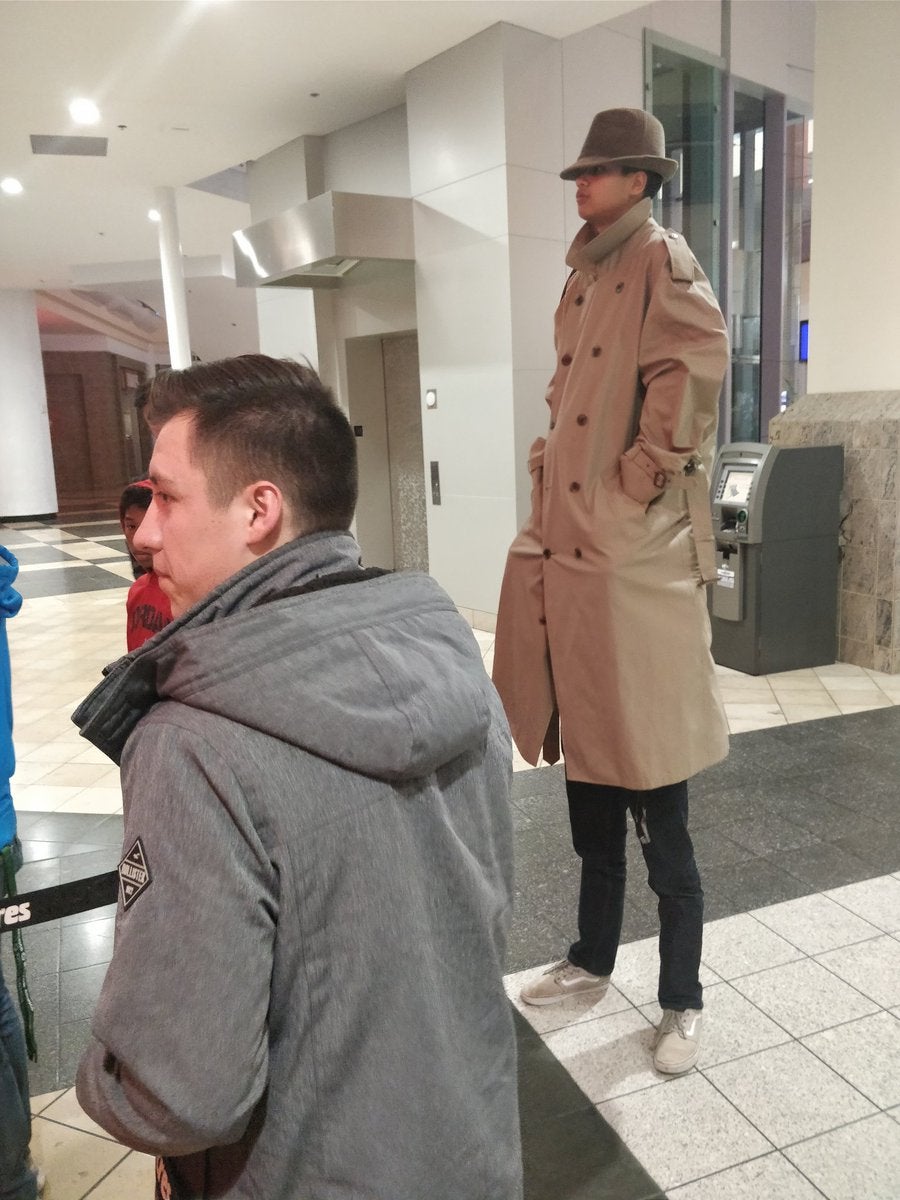 Weekend moviegoers were amused to see an extremely tall individual lining up with them at a United States cinema to watch “Black Panther” — except it wasn’t really just one man.

A group of  friends had a bit of fun at a movie theater by hiding two of them under a long trench coat paying for just one ticket. However, the “disguise” looked hilariously obvious and elicited a few giggles from the people in line.

Twitter user Pillsbury (@stevelikescups) of Carson, California shared a video and a photo of the duo as they stood in line like a normal, really tall person. As of this writing, his video post has gone viral and has garnered over 419,000 likes and over 169,000 retweets.

The staff assigned at the ticket booth found the whole thing amusing but politely asked the guy on top to get down.

Netizens recognized the reference to Vincent Adultman, a character from the adult-oriented cartoon “BoJack Horseman.” Vincent happens to be two kids on top of each other pretending to be an adult and even gets into a relationship with BoJack’s agent Princess Carolyn. 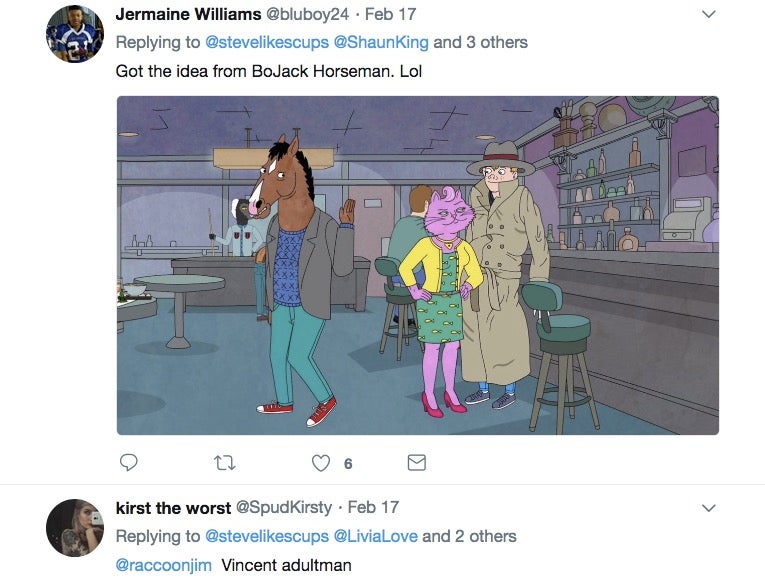 For some reason, no one other than BoJack seemed to recognize Vincent for what he really is. Unfortunately, for the two people imitating Vincent, cartoon logic doesn’t carry over into the real world; they still ended up paying for two tickets to watch “Black Panther”. JB