Squirtles with sunglasses to appear in Pokémon Go 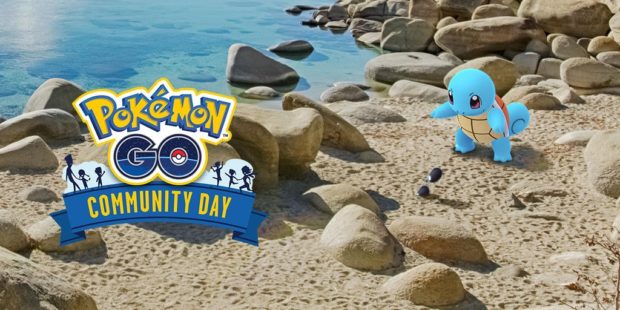 Game developer Niantic tweeted about the latest addition to Pokémon Go on July 3. To discover these cool-looking Squirtles, trainers need to do Field Research tasks during the July 8 Pokémon Go Community Day. 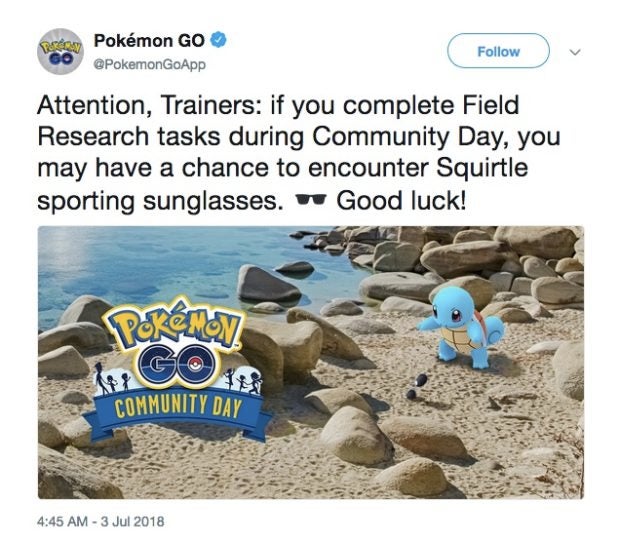 Philippine trainers may enjoy the perks of Community Day between 11 a.m. and 2 p.m. Within this window, trainers may discover rare sunglasses-wearing Squirtles, learn the special Blastoise move Hydro Cannon, hatch eggs with just one-fourth of the needed walking distance, and catch more Pokémon with three-hour lures in place, according to a statement.

To get Hydro Cannon, trainers need to catch or evolve a Blastoise only during the Community Day hours.

As for the sunglasses Squirtle, Niantic did not reveal if the special Pokémon has any particular difference with a regular Squirtle. Nonetheless, longtime fans may enjoy having a Pokémon from the early Pokémon anime in their ever-growing collections.

“Pokémon Go” launched in July 16, 2016, and became one of the most downloaded apps on the Android Play Store and iOS App Store during its first week. While the hype has mostly settled down, a dedicated population of players has remained active. The mobile augmented-reality game recently received a boost, with players on hiatus becoming active again, when cross-compatibility was announced for the upcoming Nintendo Switch game, “Pokémon: Let’s Go Pikachu/Eevee!” The feature would allow “Pokémon Go” players to add their captured Pokémon to their “Pokémon: Let’s Go” accounts on the Switch. These transferred Pokémon will appear in the Go Park in-game location of “Pokémon: Let’s Go.”  /ra