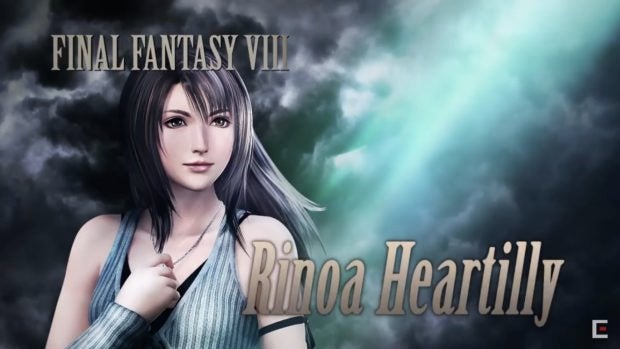 Game developer Square Enix shared a preview video on its Japanese YouTube account to showcase Rinoa’s moveset and skills. Fans can add her to their hero lineup after a “Dissidia Final Fantasy NT” update goes live by the end of August, according to the video description.

But before heading to home consoles, Rinoa will first debut in the Japanese arcade version of “Dissidia Final Fantasy” this month.

Rinoa Heartilly originates from the game “Final Fantasy VIII,” wherein she acts as the main heroine alongside male protagonist Squall Leonhart. Those familiar with Rinoa may recall her pet dog Angelo, whom she uses as “ammunition” for her Combine Limit Break in FFVIII. A video demonstration uploaded by Japanese game magazine Famitsu showed Angelo also made it to “Dissidia” and continued to play his combat role as a living bullet.  /ra