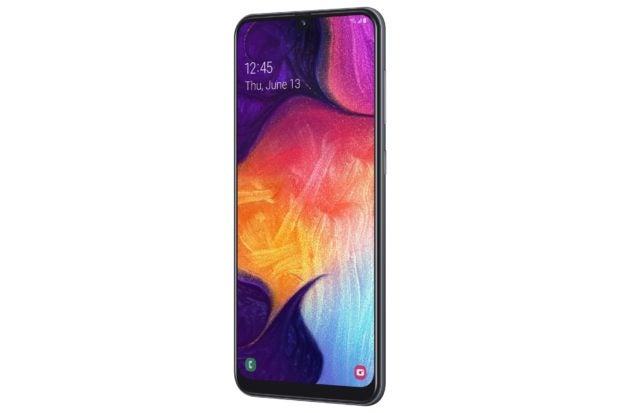 Since 2014 when the segment was launched, Samsung’s Galaxy A-series smartphones have been sold in Europe, Africa, Asia, the Middle East and Latin America. On Tuesday, June 11, the company announced that three of the newest models in the mid-tier range will be coming to the United States starting this month.

Leading the incoming series is the Galaxy A50, a model with a 6.4-inch full HD AMOLED display, a tear-drop shaped notch, and an in-display fingerprint reader.

The most notable feature of the handset is the triple camera set-up on the rear consisting of a 5-megapixel depth camera, 25-megapixel main camera and 8-megapixel ultra-wide camera. Users will not only be able to take high-quality shots but also apply bokeh effects and optimize color tones and other settings thanks to an integrated scene optimizer.

Like the Galaxy A50, the A20 dons a 6.4-inch display but instead of the tear-drop shaped Infinity-U notch, the top edge of the screen features a V-shaped notch.

Only one camera can be found on the rear with 13 megapixels. The front camera, on the other hand, has an 8-megapixel selfie camera.

The Galaxy A10e has the smallest display of the trio measuring in at 5.83 inches. The single-camera on the back is 8 megapixels.

The Galaxy A50 will be the first to launch in the U.S. on Thursday, June 13. The release date of the other models has not yet been disclosed. HM/JB

On-demand game rivals get ready to rumble in the cloud

TOPICS: Galaxy, Galaxy A10e, Galaxy A20, Galaxy A50, Samsung
Read Next
Facebook rolls out Blood Donations feature in US
EDITORS' PICK
LIST: What to expect in areas under GCQ, MGCQ
PNP to maintain checkpoints during GCQ to ensure compliance to health protocols
Notice of 2020 regular meeting of stockholders June 18, 2020
DOTr bares 2 phases of public transport revival in GCQ areas
SM prepares for ‘safe malling’
Leveling up your ‘lutong bahay’ with the kitchen companion you never knew you needed
MOST READ
LIST: What to expect in areas under GCQ, MGCQ
DOH explains: Only 109 of record-high 539 COVID-19 patients were ‘fresh cases’
Duterte approves Metro Manila’s shift to GCQ starting June 1
300 buses to resume operations in NCR by June 1 — Año
Don't miss out on the latest news and information.