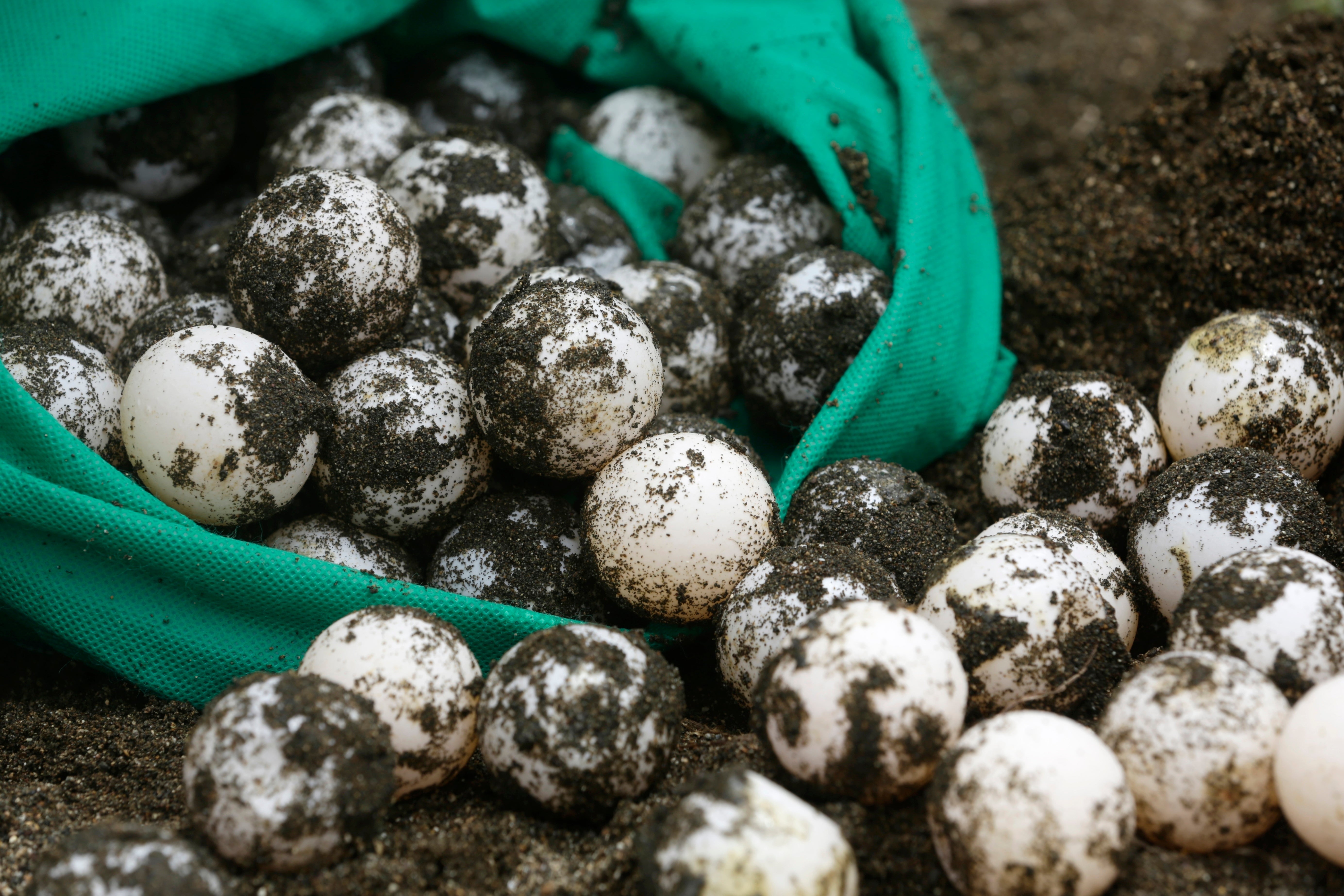 In this September 21, 2019 photo, Kemp’s ridley sea turtle eggs overflow from a bag, on to a sandy beach in Jaque, Panama. A small group of residents from Jaque, a town on the border with Colombia, recover the eggs laid by the turtles at night and take them to the hatchery right next to the local police station for protection against poachers. (AP Photo/Arnulfo Franco)

JAQUE, Panama — Iver Valencia goes out at dusk each evening during nesting season with a group of lantern-wielding villagers to walk a stretch of Panamanian beach. Their mission: to find nests where endangered Kemp’s ridley sea turtles lay their eggs and take them to a hatchery safe from predators.

On a recent night, Valencia and the others in the remote province of Darien in southeast Panama found five nests with dozens of eggs.

Valencia, 57, who arrived here as an adolescent from a town bordering Colombia, has been doing this for 18 years in the face of threats from poachers. The task has been further complicated by the drug traffickers who ply this jungle as well.

Jaque, a town of 2,000, is only reached by air or sea. Valencia and his allies built a hatchery here shaded by wood and wire. Inside, they place the eggs in baskets where they’ll hatch in two months’ time. Then the baby turtles will be released to the sea. 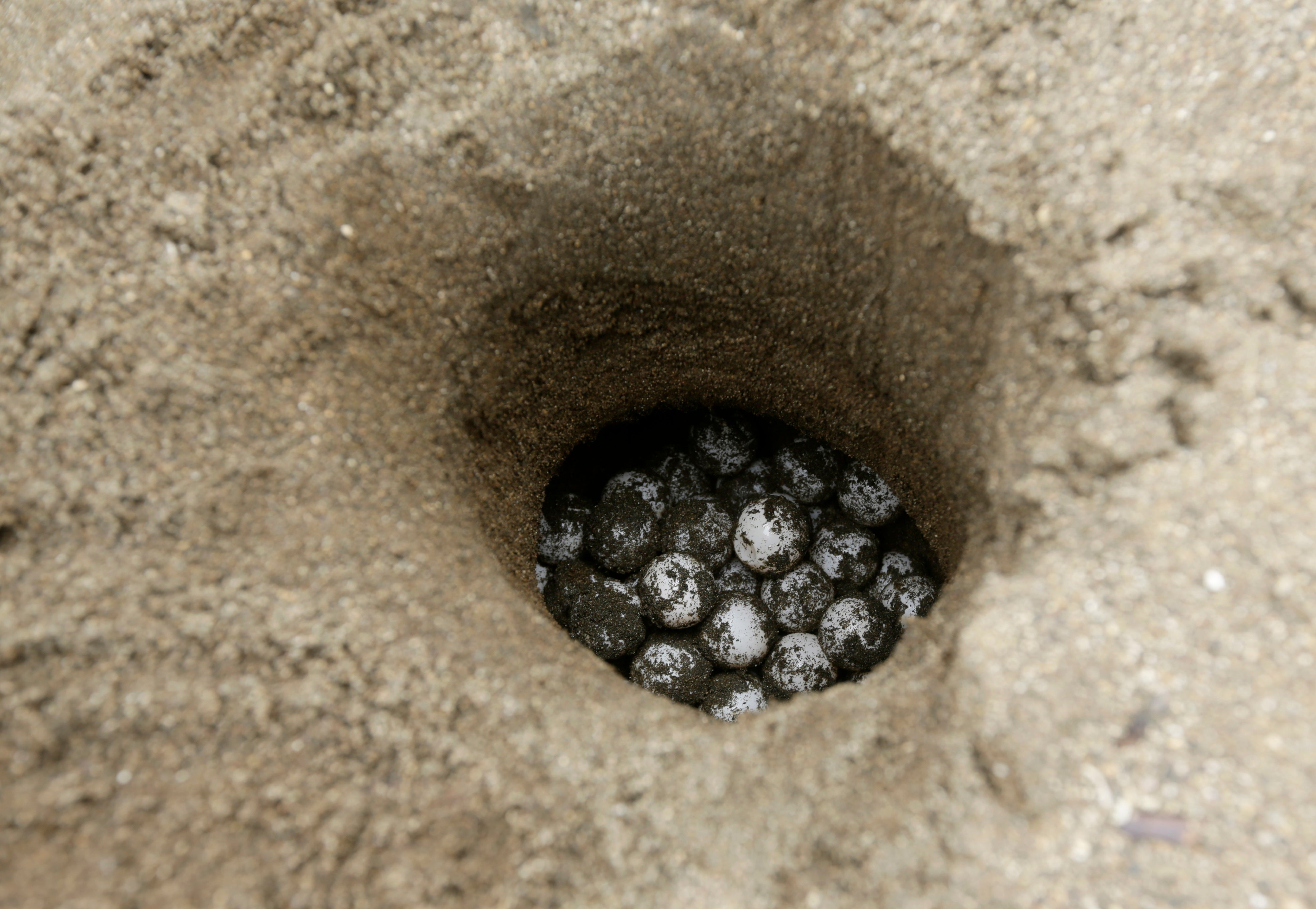 This September 21, 2019 photo shows a clutch of Kemp’s ridley sea turtle eggs dug up by volunteers as part of the program aimed at conserving the endangered sea turtle, in Jaque, Panama. Volunteers built a hatchery near a border police station, where the eggs are kept in baskets where they’ll hatch in two months’ time. Then the baby turtles will be released to the sea. (AP Photo/Arnulfo Franco)

While the government contributed toward building the hatchery, the patrols are strictly a community volunteer effort by Valencia, who is the pastor of a local evangelical church, and his colleagues. The patrols are carried out during the May to December nesting season, which peaks in September, October, and November.

They built the hatchery near a border police station where agents try to prevent poaching and protect the volunteers on their nightly collections. The volunteers often walk far into the night, so they prefer to go with agents of the National Borders Service in case they run into thieves or smugglers.

“The eggs are taken from the beach to be put in this place,” Valencia said. “Just for the fact that people here … haven’t become conscious of protecting the blessing that the turtles come here to lay their eggs. Instead, they eat them, sell them.”

“For me, the main predator is always man,” Valencia also said, though dogs, birds, and crabs also eat the eggs. 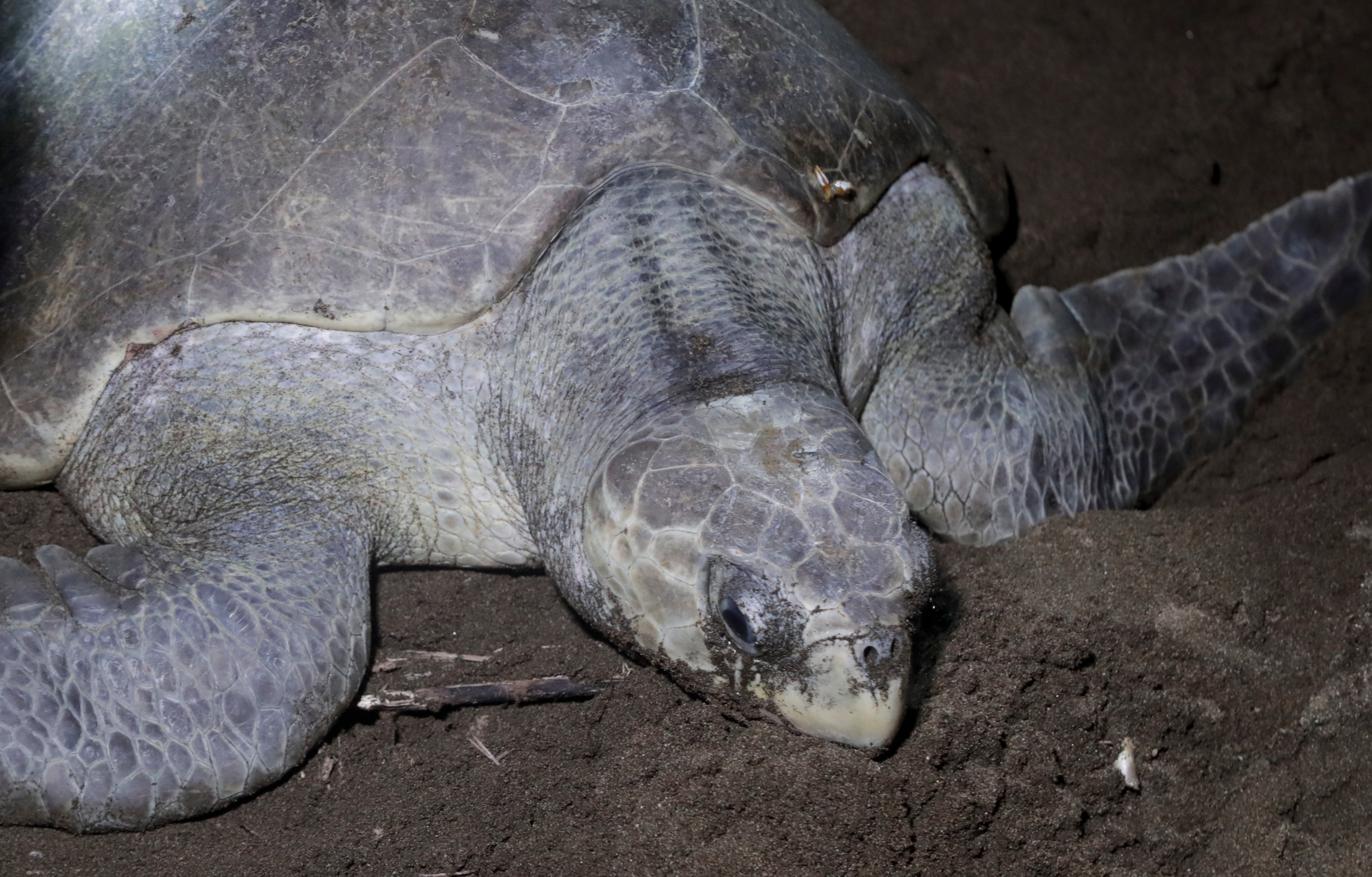 In this September 21, 2019 photo, a Kemp’s ridley sea turtle arrives to lay her eggs on a beach in Jaque, Panama. On a recent night, volunteers in the remote province of Darien in southeast Panama found five nests with dozens of sea turtle eggs. (AP Photo/Arnulfo Franco)

Jaque is a fishing village and some locals also sell handicrafts, including plates made from palm fronds decorated with drawings of the turtles. Local kids play soccer on the beach, but some also help collect the eggs at night.