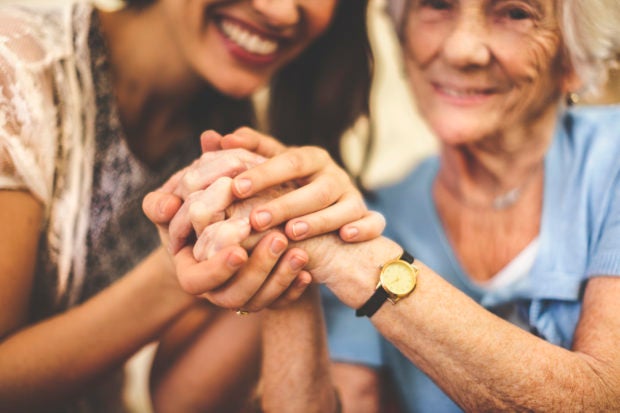 The survey noted that care homes that implemented the pajamas method praised the idea, claiming that it contributes to preventing nighttime falls. Image: Istock.com/Eva Katalin via AFP Relaxnews

A recent British survey says that one out of ten care home workers change into pajamas at nighttime, and have found that the method helps patients with dementia realize that it’s time for bed.

Patients suffering from dementia, of which the most common form is Alzheimer’s disease, often have difficulty perceiving time and space. The opposition between night and day is one common expression of this disconnect. To help patients, some care workers have begun putting on pajamas to help patients realize that it’s bedtime.

The survey was carried out by specialized platform Carehome among 2,600 owners, managers, and staff from care homes, and asked about the methods used by workers with patients suffering from dementia. The study revealed that one out of ten had already used the pajamas technique, while almost two-thirds (59%) of care staff said they consider the technique to be a good idea.

“It is good care home staff are thinking outside the box and trying out innovative initiatives in a bid to make life better for people with dementia,” said carehome.co.uk editor Sue Learner.

Care centers that have implemented the pajama technique have been praising the success of the method, claiming that it not only promotes sleep at night but also reduces the patients’ disorientation, which often causes nighttime falls.

The survey also showed that almost a fifth (18%) of care home personnel think that staff should not wear uniforms at all. “None of our care staff, including myself, wear uniforms. We feel that uniforms separate us, they are a symbol of power and control and represent ‘doing a job,’ whereas we want our residents to feel special, loved, and at home,” said Charlotte Gregson, a manager at The Old Vicarage care home in Cumbria, England. Over 14% of staff surveyed have already implemented the practice. CL/NVG