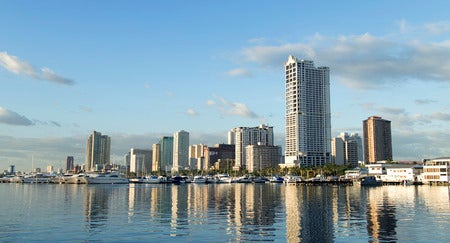 The Philippines is one of eight Asian countries most threatened by coastal flooding due to increasingly higher tides in the coming mid-century, a new study found.

The rising seas could affect three times more people than previously thought, and could even erase some of the world’s great coastal cities by 2050, according to a study produced by Climate Central and published on the journal Nature Communications, as per New York Times on Oct. 29.

The study shows that about 150 million people currently live in areas set to be submerged by 2050, and about 70% of these people at risk are in the Philippines, China, Japan, Vietnam, Bangladesh, Indonesia, India and Thailand.

The authors of the study found that the new estimate of land and people at risk is “far greater” than previous estimations. They learned of this after developing a more accurate way of calculating land elevation based on satellite readings.

“[Global] impacts of sea-level rise and coastal flooding this century will likely be far greater than indicated by the most pessimistic past analyses relying on SRTM (Shuttle Radar Topography Mission),” the study stated.

The most threatened areas can be viewed through a map on Climate Central’s website. Ian Biong/JB