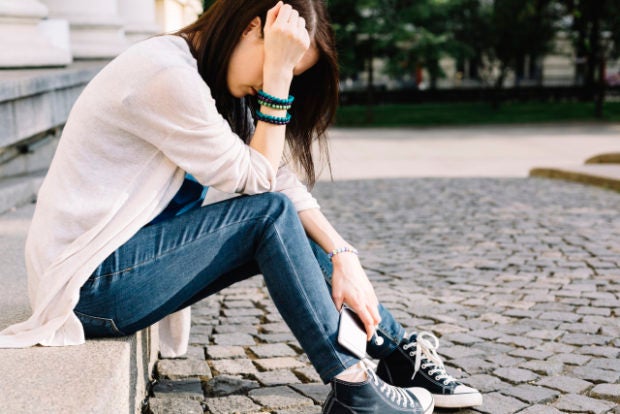 A new poll has revealed that some parents have difficulty distinguishing between their teenager’s normal mood swings and signs of depression. Image: Istock.com/Martin Dimitrov via AFP Relaxnews

A new national United States survey has revealed that many parents struggle to tell the difference between their child’s normal adolescent mood swings and signs of teenage depression.

The C.S. Mott Children’s Hospital National Poll on Children’s Health, which is carried out by the University of Michigan, surveyed 819 parents with at least one child in middle school, junior high or high school and asked them about their ability to identify signs of youth depression.

The responses revealed that for two-thirds of those surveyed, there are challenges when it comes to spotting the specific signs and symptoms of depression, with 30% of parents reporting that their child is good at hiding their feelings, and 40% admitting that they struggle to tell the difference between depression symptoms and just the normal ups and downs experienced during adolescence.

“In many families, the preteen and teen years bring dramatic changes both in youth behavior and in the dynamic between parents and children,” says poll co-director Sarah Clark. “These transitions can make it particularly challenging to get a read on children’s emotional state and whether there is possible depression.”

“Some parents may be overestimating their ability to recognize depression in the mood and behavior of their own child. An overconfident parent may fail to pick up on the subtle signals that something is amiss.”

The researchers also noted that rates of youth suicide are continuing to rise among people ages 10 to 24 years old. According to the Centers for Disease Control and Prevention, the suicide rate increased by 56% among this group between 2007 and 2017.

“Our report reinforces that depression is not an abstract concept for today’s teens and preteens, or their parents,” Clark says.

“This level of familiarity with depression and suicide is consistent with recent statistics showing a dramatic increase in suicide among U.S. youth over the past decade. Rising rates of suicide highlight the importance of recognizing depression in youth.”

Clark says parents should look out for signs of depression such as sadness, isolation, anger, irritability and acting out, and could suggest that their child finds a “go to” adult who they can trust and talk to if they are feeling depressed. RGA