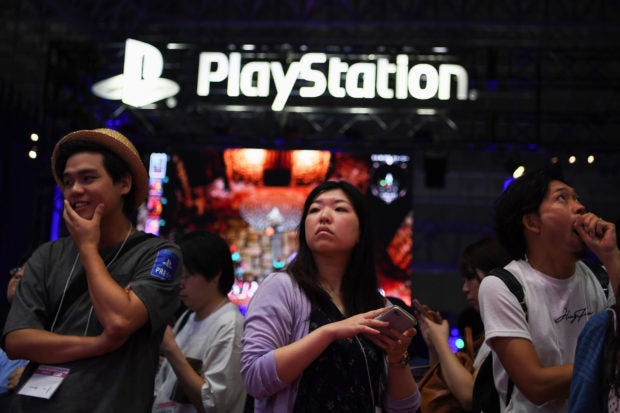 A Sony Playstation display is visible behind attendees at the Tokyo Game Show, September 2019. Image: AFP/Charly Triballeau via AFP Relaxnews

Sony’s PlayStation brand is 25 years young, celebrating the milestone as the “bestselling home video game console brand ever.” How does its claim stack up against Nintendo, Sega, Xbox, mobile and game streaming?

On Dec. 3, 1994, the first PlayStation console made its worldwide debut through a Japan launch.

At the time, PlayStation was disrupting a market dominated by Nintendo and Sega.

Yet PlayStation stayed the course and on Tuesday marked its anniversary with a Guinness World Record as the bestselling home video game console brand to date, 450 million units sold between then and now.

We're thrilled to be certified as the best-selling home video game console brand ever, with over 450 million units sold across the original PlayStation, PS2, PS3, and PS4 as of Nov. 7 according to @GWR.

And it's all thanks to you 💙 pic.twitter.com/maO0TOVqs2

It’s an impressive achievement given PlayStation’s outsider status when its first console released: the brand outlived Sega’s console line, manufacturing issues compounded by pressure from PlayStation, Nintendo, and another newcomer in Xbox.

Yet specific framing helps PlayStation’s claim by ignoring handheld sales — even if it means cutting out 80 million PlayStation Portables and around 15 million Vitas.

Combine the two form factors, and Nintendo has PlayStation overcome with 755 million console sales in total — from the Game Boy to the 3DS, the 1983 Nintendo Entertainment System to the two-screen Wii U, and with the current hybrid home and portable Nintendo Switch system taking over since.

Excluding portable devices also leaves aside the rise of mobile gaming: in May 2019, for example, Google claimed 2.5 billion monthly active devices — more than the total lifetime console sales of PlayStation, Nintendo, Xbox and Sega together; Apple was boasting 2.2 billion iPhones sold at this time last year.

Yet all three sectors are now orienting towards a new upheaval in video-gaming technology, as PlayStation, Xbox and Google prepare to accommodate the game-streaming future in 2020.

New PlayStation and Xbox consoles are expected to support game-streaming technology, for example, leveraging PlayStation Now or Xbox Game Pass and Project xCloud, while Google began the staggered launch of its Stadia service in November. IB/JB