Automaker draws its vision of Moon-traveling vehicles of the future 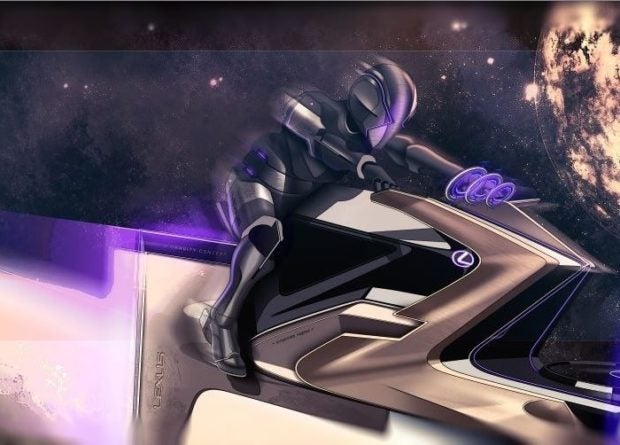 Lexus designed a series of lunar vehicles to be driven by Moon residents of the future for Document Journal. Image: courtesy of Lexus via AFP Relaxnews

This week Lexus outlined that it had been invited by Document Journal to submit lunar vehicle designs for The Lunar Design Portfolio. One of the resulting concept vehicles that the company envisions future Moon residents driving — which appears in the print version of the magazine — is a single rider called Zero Gravity, a model inspired by the brand’s Lexus Electrified vision.

After being invited to participate in Document Journal’s Lunar Design Portfolio, Lexus created a drawing series of Moon-friendly vehicle concepts that could be used by humans in the context of living life on the Moon.

While the magazine reached out to different entities and artists to answer questions regarding how we would live, what we would wear, and what our habitat would look like if humans settled on the Moon, Lexus addressed the question what will we drive?

Drawings of seven different lunar vehicle concepts created by five different designers from Toyota and Lexus’s European Advanced Design Studio, “a full lineup of space vehicles ready to tackle the lunar landscape,” resulted from this project. The star design, which appears in the print version of the magazine, is a single-rider vehicle called Zero Gravity that was inspired by LF-30 concept EV.

This model, according to the company, would use Magnetic Levitation technology to travel in the low-gravity environment and a steering technology that connects the rider to the machine in a similar way that reins connect a horseback rider to the animal.

In addition to Zero Gravity, the design studio created concepts that could travel both on the Moon and through space, on the rough Moon terrain, and through the Moon’s skies.

The Zero Gravity rider can be seen in issue 15 of the Document Journal. IB/NVG