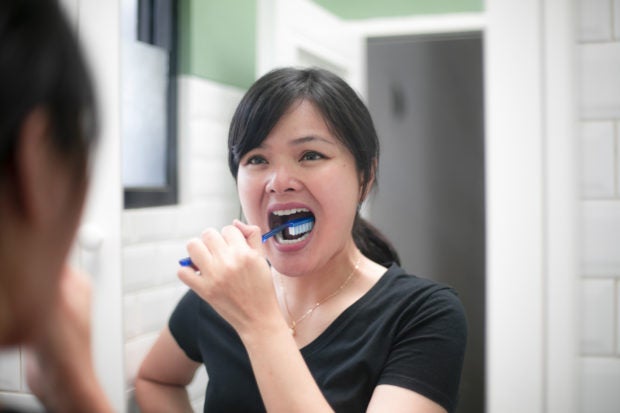 Brushing your teeth more could help lower your risk of diabetes. Image: rudi_suardi/IStock.com via AFP Relaxnews

New research has found that brushing teeth three times a day could lower an individual’s risk of diabetes, while neglecting oral hygiene could actually increase the risk.

Carried out by researchers at Seoul Hospital and Ewha Woman’s University College of Medicine in Seoul, South Korea, the new study looked at data gathered from 188,013 subjects who had provided information on their past medical history, oral hygiene behaviors, such as the number of times they brushed their teeth each day, how often they went to the dentist, and how often they had their teeth professionally cleaned and their number of missing teeth.

The findings, published in the journal Diabetologia, showed that after taking into account possible influencing factors such as age, sex, weight, height and blood pressure, brushing teeth three times a day or more is linked to an 8% lower risk of developing diabetes.

On the other hand, individuals with dental disease had a 9% higher risk of developing diabetes, and those with numerous teeth missing (15 or more) had a 21% higher risk.

The researchers also found that diabetes risk differed by age and gender.

For participants aged 51 and younger, brushing twice a day was linked to a 10% reduced risk of developing diabetes compared with those who brushed once a day or not at all, while brushing teeth three times a day reduced the risk by 14%. However, for those aged 52 and older, it made no difference whether the participants brushed twice a day, once a day, or not at all — there was no difference in diabetes risk unless the participants brushed three or more times per day, which was linked with a 7% decreased risk.

Periodontal disease also increased the risk of diabetes by 14% for younger adults, whereas in the older group the increased risk was just 6%.

There were also stronger associations between increasing brushing and reduced diabetes risk in women. For women, brushing two or three times per day was linked with an 8 and 15% reduced risk, respectively, of developing diabetes, whereas for men, there was only a 5% reduction in risk of diabetes for those brushing three times or more per day, and no statistically significant difference in risk between brushing twice a day, once a day or not at all.

The researchers point out that the study does not explain how exactly oral hygiene could lead to the development of diabetes, however, they add that tooth decay can contribute to chronic and systemic inflammation, and inflammation has been found in previous studies to be linked to diabetes.

They conclude that “Frequent tooth brushing may decrease the risk of new-onset diabetes, and the presence of periodontal disease and increased number of missing teeth may increase that risk. Overall, improving oral hygiene may be associated with a decreased risk of occurrence of new-onset diabetes.” IB/JB