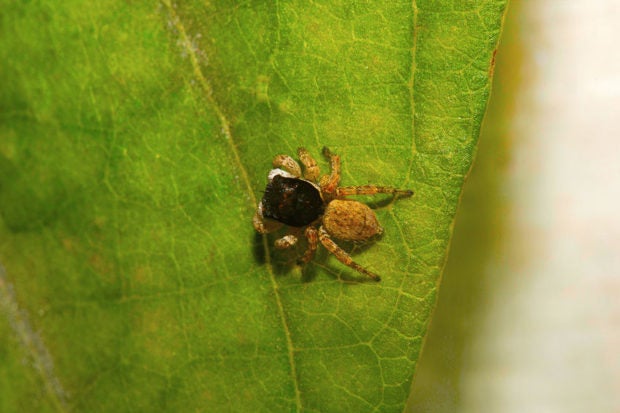 Milk production has been erroneously attributed to mammals only. A recent study turned this idea on its head when scientists discovered jumping spiders that produce milk and care for its young.

Spiders belong to the invertebrate side of the animal kingdom, which means they don’t have skeletons. Invertebrates are also thought to be simple creatures that seldom care for their young. Researchers from the Chinese Academy of Sciences found that Toxeus magnus or “jumping spiders” bred in nests and provided long-lasting care for spiderlings. The care package included milk from the mother, according to the study published in the journal Science, as reported by Gizmodo.

The study indicated that spiderlings did not leave their nest until they were 21 days old. During this time frame, the researchers did not see the mother leave to bring back any form of food for its brood.

They later observed the mother secreting a milk-like substance, which the spiderlings ate. The spiderlings eventually sucked the milk directly from the mother’s upper abdomen after a week of growth.

According to the study, even after the spiderlings matured enough to hunt for themselves by day 20, they continued to suckle for 18 more days. However once they start to leave, the mother becomes aggressive and attacks any male spiderling that comes crawling back. The researchers suggest this behavior was to prevent inbreeding between siblings of the same brood.

To ascertain the importance of the milk to the spiderlings’ development, the researchers blocked the mothers milk-producing glands with whiteout. Sure enough, the spiderlings suckling died in just 10 days.

While jumping spiders are not the first invertebrates to be observed producing milk-like secretions, the study provided helpful insight on how milk production for child rearing is not exclusive to mammals. It also sheds more light on some of the complexities of invertebrate parenthood.  Alfred Bayle /ra